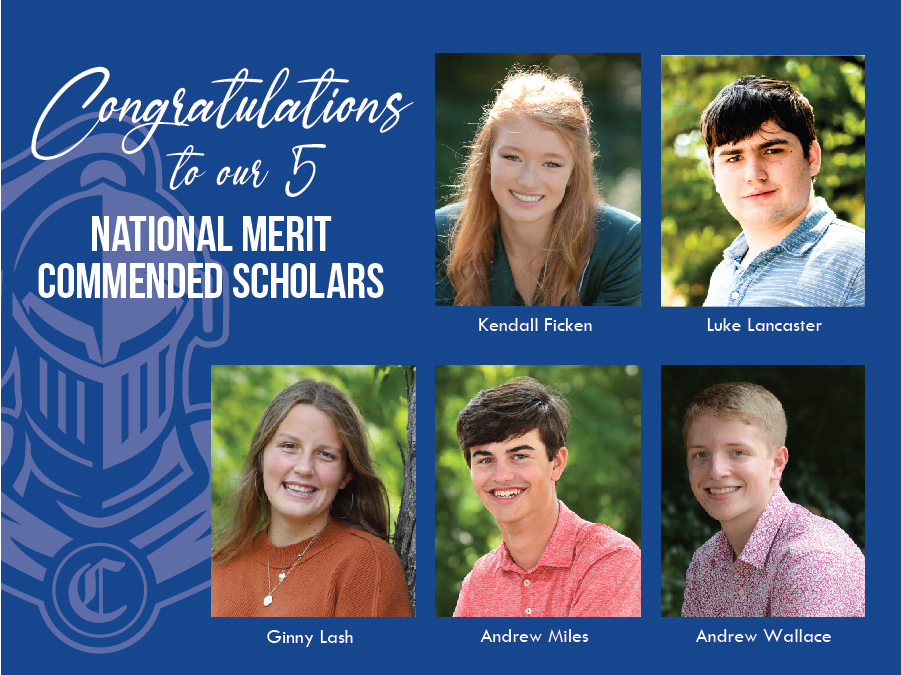 Kendall Ficken is an AP Scholar with Distinction and a member of the National Honor Society. She is a member of the CCS chamber ensemble honors and orchestra honors programs and has participated in the North Carolina Honors Orchestra as well as the Honors Performance Series at Carnegie Hall. She plays the violin on her church worship team and has launched a Music for Ghana initiative to collect musical instruments for Ghana as well as raise money to build a fine arts center for the Ghanaian students. She has been a member of the varsity track and field team and earned all-conference and all-state honors with varsity cross country. She is taking lessons to receive her private pilot's license.

Luke Lancaster has worked on the backstage crew for the Beauty and Beast musical, participated on the varsity wrestling team and enjoys archery outside of school.

Ginny Lash is an AP Scholar with Distinction and is the president of the National Honor Society. She has been a member of the varsity soccer team and involved with multiple theatrical productions that include Murder at the Chili Cook Off, Beauty and the Beast and High School Musical. She has been a member of the ACT 1 competition drama team during her upper school career and was recognized for excellence in acting at the NCTC Play Festival. She has enjoyed outdoor adventure travel to Alaska and the Pacific Northwest.

Andrew Miles is an AP Scholar with Distinction and holds three Academic Conservatory distinctions in English, math/science and social studies. He is the vice president of the National Honor Society and tutors peers in math and science with the CCS Writing Center. He is a member of the Math Club and varsity cross country team.

Andrew Wallace is an AP Scholar with Honor and a member of the Tri-M Music Honor Society. He is involved with the CCS music program in the wind ensemble and jazz band and received the CCS Patrick Gilmore Band Award given annually to one CCS band student. He enjoys international travel which includes the Spanish immersion experience through CCS to Salamanca, Spain.